10/28/10 - Detroit, MI - We arrived to find a small amount of fire coming from the second floor dormer. Firefighters arrived and stretched for an interior attack. That night the winds were gusting up to forty mile per hour.
The wind quickly pushed the fire throughout the dwelling trapping the engine company on the second floor. Some members were able to find a window and hang out until the ladder was placed. Other jumped out of the first floor windows. Some members were able to find a rear stairwell and exit. The fire was knocked down with master streams.
Like true tough guys the firefighters dusted themselves off, took a blow, and went back in to kick the fires ass.
Read More 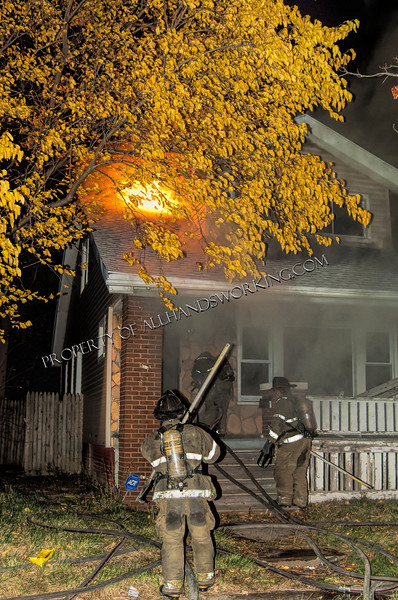